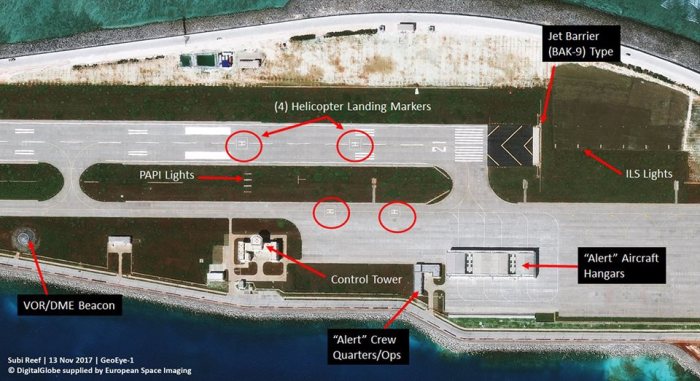 This paper discusses the Tribunal’s decision to assume jurisdiction over the Philippine claim notwithstanding China’s publicly declared and law-based withholding of consent to the proceedings instituted by the Philippines. The Tribunal relied on its interpretation of China’s general commitment under Section 2 of Part XV (Settlement of Disputes) of the UN Convention on the Law of the Sea, which was subjected to a Convention-authorized “exception” under Article 298 (China’s Declaration of 25 August 2006) that had selectively deprived any such proceeding of the essential element of China’s consent. The paper calls for inventive consideration of the methods available for resolving disputes, which might be seen currently as excessively influenced by procedures designed for resolving international trade disputes where only one party is a state.

On 12 July 2016, the Arbitral Tribunal formed under Annex VII of the 1982 United Nations Convention on the Law of the Sea issued its decision on the proceeding brought by the Philippines against China relating to certain activities in the South China Sea. The Tribunal’s decision was hotly anticipated as it dealt with various important issues relating to law of the sea and the interpretation of the Convention. It dealt with issues including the jurisdiction of the Tribunal, the legal status of maritime features, historic rights, and duty to preserve the marine environment. Although it remains to be seen whether states will follow the Tribunal’s precedent, questions arose on whether such precedent can be applied to other unresolved issues in other parts of the world. This paper looks at the application of the precedent established by the South China Sea arbitration to the situation involving Dokdo between Korea and Japan.

On 12 July 2016, the Tribunal in the South China Sea arbitration issued its final award. China rejected the ruling as “null and void”. The Philippines dismissed it as “a piece of paper” after initially hailing the ruling a “milestone decision”. The reactions of the parties concerned raise important questions about the bindingness, finality, and state compliance with UNCLOS dispute settlement decisions. This paper addresses these questions by dissecting China’s arguments that the award “has no binding force” and by examining the options available for promoting compliance with the award. The paper also considers the broader question of how states generally comply with UNCLOS dispute settlement decisions and evaluates the significance of UNCLOS dispute settlement mechanisms, including the South China Sea arbitration, in the absence of external enforcement.

The conventional wisdom has been that the United Nations Convention on the Law of the Sea [UNCLOS] Part XV dispute settlement system is narrowly restricted and this reflects the drafters’ intent. Thus, tribunals should cautiously interpret Part XV, giving broad effect to its jurisdictional limitations. The unanimous award in South China Sea deals this approach a blow. Indeed, it assumes a fundamentally different orientation to interpreting UNCLOS: one which implicitly takes the foremost principle of Part XV as being its compulsory and comprehensive character. This approach is rooted in a very different understanding of UNCLOS as a “package deal” and the consensus it reflects. Indeed, I argue that any interpretation of ambiguous provisions of UNLCOS is necessarily coloured by one’s view of the struggles involved in its negotiation. Further evidence of this difference of approach in South China Sea is found, in particular, in its treatment of the regime of islands.

The Philippines v. China arbitration award has been praised as a landmark victory setting forth illuminating jurisprudence interpreting the UN Convention on the Law of the Sea [UNCLOS], but it has also been repeatedly excoriated as an “unenforceable” decision—a Pyrrhic victory—due to China’s repeated refusal to date to acknowledge the binding effect of the award. China’s withdrawal from Scarborough Shoal—hailed by the new Duterte government as a hallmark of its diplomatic efforts—is one instance of state practice that still remains equivocal on the opinio juris of China’s acceptance (or rejection) of the arbitration award.

Asia is currently the scene of some of the most high-profile maritime disputes in the world. Even though the majority of states in Asia are parties to the United Nations Convention on the Law of the Sea [UNCLOS], its dispute settlement system has only been utilized in a handful of cases. Given that negotiations have brought about limited results in easing many of the tensions, it is worth asking whether the UNCLOS dispute settlement system can play a role in the resolution of maritime disputes in Asia. This paper, based on a review of the disputes before UNCLOS Tribunals, as well the advantages and limitations of the system, argues that the UNCLOS dispute settlement system can make meaningful contributions to resolving thorny disputes between Asian states. It does so by providing a solution to the disputes brought before them, clarifying the legal framework for the conduct of the parties and facilitating co-operation amongst countries in the region.

This site uses Akismet to reduce spam. Learn how your comment data is processed.