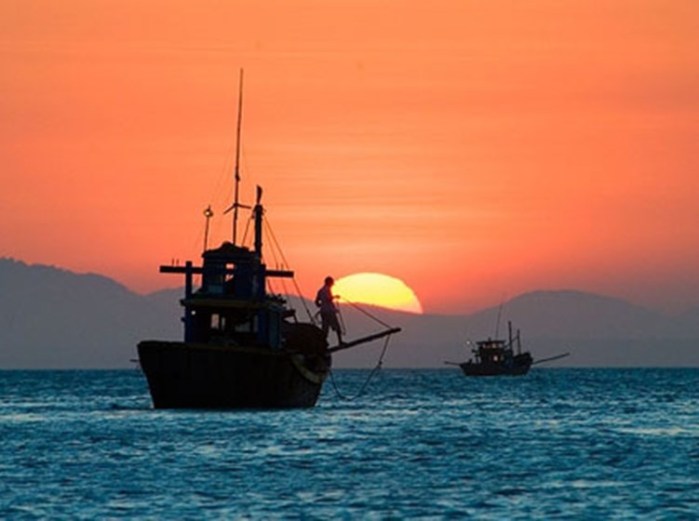 This article aims at improving precision in the theoretical discussions of “hedging” strategy. It proposes a generalizable basket of the strategy’s components. It then examines the evolution of Vietnam’s hedging strategy since the end of the Cold War based on this framework. The findings show that Vietnam’s hedging strategy is a dynamically changing mix of four realist and liberal ingredients (diplomatic engagement, economic engagement, soft balancing, and hard balancing). The most dominant component in Vietnam’s hedging has shifted across different periods, as Vietnam reacted to China’s movements in the South China Sea as well as changes in the domestic conditions and the external security environment.

In managing its relations with China, Vietnam has employed a hedging strategy, which includes four ingredients (diplomatic engagement, economic engagement, hard balancing, and soft balancing). Vietnam’s hedging strategy has changed its mix of the four ingredients over time, as results of Vietnam’s reactions to China’s movements in the South China Sea as well as changes in domestic conditions and external security environment. Besides diplomatic engagement, which is relatively stable, each of the three other ingredients has been seen to rise in significance in Vietnam’s approach during a certain period.

From 1991 to 1994, diplomatic engagement and economic engagement with China were the most important factors of Vietnam’s strategic hedging. Vietnamese leaders still harbored skepticism about intrusion of the United States and Western political values, and felt more close to the socialist comrades in China. With limited budgetary resource, hard balancing was not an option despite the early signs of assertive Chinese policy in the South China Sea.

From 1995 to 2000, the most prominent component in Vietnam’s hedging was diplomatic engagement with China. Normalization with the United States in 1995 did not immediately develop into a closer partnership, whereas China’s smile diplomacy yielded some concessions to Vietnam.

Not to exaggerate the changes, Vietnam’s hedging since the end of the Cold War has been relatively stable. The country has always tried to maintain a positive relationship with China through multiple communication channels, which makes diplomatic engagement the most constant component of its hedging. More importantly, all of the four ingredients of its hedging strategy appear in every period of analysis to some degree. A balanced presence of engagement and balancing elements helps Vietnam maintain the middle position in the uncertain development of strategic rivalry over the South China Sea.

In order to capture the changing nuance of Vietnam’s external strategy, this article started with a discussion of various definitions of “hedging.” Catch-all definitions have a problem of putting balancing and bandwagoning—two diametrically opposed concepts of realism—into one basket. Furthermore, economic engagement has been treated by different authors, sometimes as evidence of soft balancing, sometimes as internal hard balancing, and sometimes as mere pragmatic pursuit of profits. In this article, we have clarified these seemingly conflicting interpretations by paying more attention to relative gains (trade balance and asymmetric mutual dependence) between China and Vietnam.

The overall implication of this article is that Vietnam is expected to continue its hedging strategy at least in the near future, since other strategies are not likely to give it any clear and reliable solution. First, it is unlikely that Hanoi will bandwagon with Beijing regardless of the continuing growth of China’s power. Political and military alignments with China mean that Vietnam surrenders its sovereignty and accepts China’s claims in the South China Sea. This is not going to happen given the importance of the South China Sea and Vietnamese national sentiment. Second, hard balancing is not a suitable strategy for Vietnam either. Internally, Vietnam’s military projection power is far behind that of China despite Hanoi’s effort to modernize its military capabilities. This huge gap might never be filled. Externally, although Vietnam has built the closest relationship ever seen with the United States, the two countries are far from establishing a formal alliance. Despite the pragmatic downgrading of the ideological and human rights issues in the bilateral relations, the two nations’ lack of shared values is likely to keep them at some distance. Last, Vietnam continues to socialize China through diplomatic engagement and get benefits from the close economic ties with China. However, the level of mistrust has increased because of China’s increasingly assertive behavior in the South China Sea disputes. Therefore, Hanoi cannot rely on a pure engagement strategy in dealing with China.

In the coming years, Hanoi is likely to approach multiple powers, increase their stake in the South China Sea, and invite their presence in the area. As a result, they will promote the freedom of navigation in the area, which will constrain China from aggressive and unilateral actions. By doing so, Hanoi will enjoy support from various sides without allying one and alienating others. Current events in U.S. politics under the Donald Trump administration and its “America First” foreign policy, which emphasizes American interests and American national security as its top priorities (“America First,” n.d.), raise concerns about U.S. commitment in the South China Sea and its role in Vietnam’s hedging strategy against China. However, American interests lay in the freedom of navigation in the South China Sea, so U.S. presence in the area actually serves its interests. After a period of no dispatch, the Trump administration has conducted three freedom of navigation operations in the South China Sea in May, July, and August of this year (Gady, 2017).

Deputy Prime Minister and Foreign Minister Pham Binh Minh visited Washington, DC on April 20–21, 2017 and met with U.S. Secretary of State Rex Tillerson and Advisor of the U.S. National Security Council Herbert Raymond McMaster. They reaffirmed enhancement of the bilateral comprehensive partnership, including links in “security-defense.” The U.S. side notified Trump’s plan to attend the upcoming APEC summit meeting in Vietnam later in the same year (“Deputy Prime Minister,” 2017). On May 31, 2017, Trump received the visiting Vietnamese Prime Minister Nguyen Xuan Phuc at the White House. The talk emphasized Vietnam’s purchase of American goods (Rampton & Brunnstrom, 2017). The Vietnamese Prime Minister’s visits to Washington and Tokyo in 2017, together with the resumed U.S. Freedom of Navigation Operation in the South China Sea and the Vietnamese resumption of oil exploration among several other possible factors, seemingly led to an abrupt cancellation of a joint China-Vietnam military activity in the summer (Thayer, 2017).

In the worst-case scenario of lacking U.S. commitment, Vietnam would continue to look elsewhere for international support. The United States is definitely an important factor in Hanoi’s hedging, yet it is not the only one. Economically, Vietnam will keep trying to reduce its dependency on the Chinese economy by diversifying its export and import portfolio. Further strategic cooperation between the United States and Vietnam would be made easier if the United States can recommit itself to the regional free trade in the Asia-Pacific and not let China steal the initiative. The Japanese and Australian efforts to salvage the TPP are a welcome relief for Vietnam at the time of the disappointing U.S. withdrawal from it.

This site uses Akismet to reduce spam. Learn how your comment data is processed.